The Covid-19 virus is redefining “normal” behavior in America.  But don’t get comfortable, because that new normal may soon be shattered.

Donald Trump may be a buffoon; he may be evil; he is almost certainly dangerous.  One thing for sure, however is this – Donald Trump has no intention of leaving the White House and he will not let an election get in the way of his fascist dream.  We must prepare ourselves for the unthinkable.

If the poll numbers continue, apparently showing that Trump will not win re-election in November, then he will do whatever it takes to make sure the election does not take place.  Given the current numbers and the mood of the nation, I believe Donald Trump is already setting into motion a plan to postpone the upcoming election indefinitely and expand his powers.

Think about it.  Trump abhors losers.  Trump has repeatedly shown a lack of understanding as well as a complete disregard for the Constitution.  His followers currently control the Senate and the Supreme Court.  As we saw from the Defense Secretary today, they will do whatever their master bids them do.  Now he is deploying American troops on American soil to act against American citizens.

For three years, Trump has soaked our nation in gasoline.  All he needs now is the spark to set the whole thing ablaze, to give him the excuse he needs to take possession of the White House permanently. 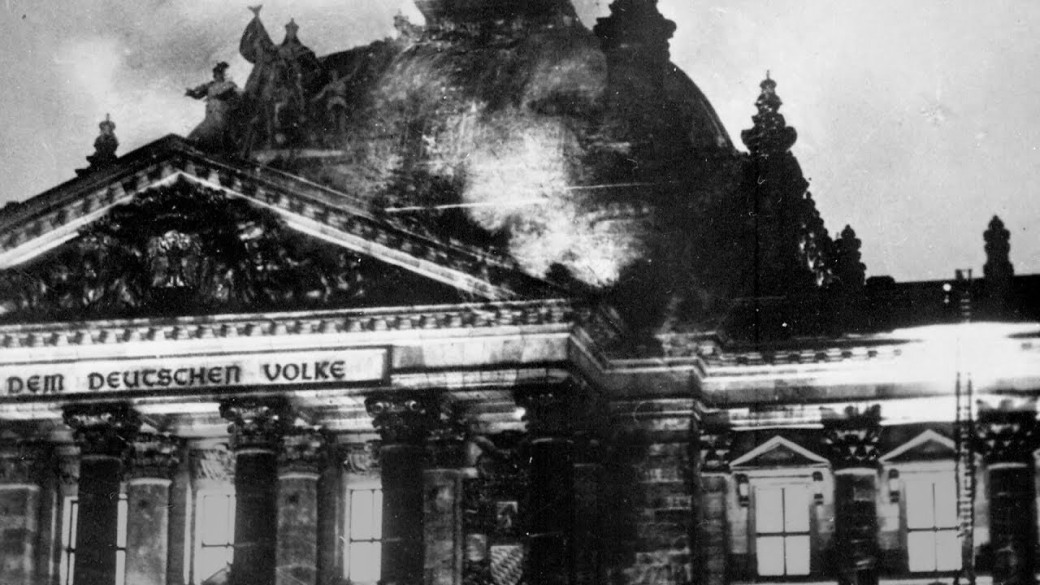 In 1933, Adolf Hitler rose to power after being elected by the masses of disenfranchised Germans.  Through intimidation and direct violence, he quashed opposition.  Cloaking himself in a simplistic narrative of the German volk and virulent hatred of minority populations, he bullied his way into power.  Then, with another election imminent, he kept power through a massive distraction – the burning of the Reichstag building (the German equivalent of the U.S. Capitol).

A few hours after the Reichstag Fire, Nazi propagandists spread fears of a Communist revolt.  Hitler convinced Hindenburg to invoke Article 48 of the Weimar Constitution, giving Hitler dictatorial powers.  The Decree for the Protection of the People and the State (known as the Reichstag Fire Decree) suspended the right to assembly, freedom of the press, freedom of speech, and other constitutional democratic protections.  The decree also allow the Nazis to arrest and jail 4,000 political prisoners and others in one night.  His swift and brutal response bolstered his image among his base and terrified his opponents into silence.

Obviously, the parallels are not exact.  The world is much different today than 87 years ago.  But don’t kid yourself.  Hitler based his eugenics laws on those of American states, which had sterilized tens of thousands in the 20th century.  Hitler admired the American genocide of indigenous peoples – a model he would enact himself a few years later throughout Europe.  The roots of fascism may be buried out of sight in America, but they still exist, ready to sprout again.

Call me an alarmist.  I hope beyond all possible hope that I am completely wrong.  But we cannot underestimate the lengths to which this man will go to retain power.  He will stop at nothing, discarding our democracy if necessary, to emulate his heroes, such as Putin, Un, and other tyrants across the globe.

Take to the streets and keep protesting.  Don’t let up.  Make Trump say, “I can’t breathe,” from the pressure of public opinion.