Some listened until the yearning unknown was known and familiar. To them the unanswerables were no longer pools of terrible drowning. They made of the mysteries a song and a story; they taught the ways of acceptance and peace. 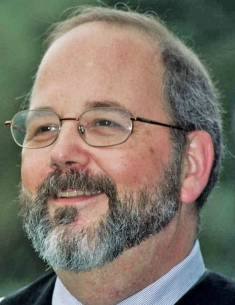 I serve as the Interim Minister of the Thomas Jefferson Unitarian Church in Louisville KY. Beyond preaching, educating, and providing pastoral care, a major part of my ministry involves social justice work. I am a politically progressive, radically inclusive, nonviolent agitator for justice. I seek to use my multiple privileges in American society to stand as an ally with oppressed people and to use my privileges to advocate for eliminating institutionalized racism, patriarchy, misogyny, homophobia, xenophobia, and all other forms of bigotry.

I am a mystical omnitheist and religious humanist; skeptic and curmudgeon; freethinker and rationalist; agitator and pacifist; historian and futurist.

I live with my wife, Jody, and our menagerie – Oliver (the elder of the menagerie), a recently adopted rescue Dachshund named Olivia, and our three cats Shire, and brothers Watson and Holmes.