Americans marched last week. Across the country, millions expressed fear of a neo-Fascist in the White House, and solidarity in seeking change in our political system. 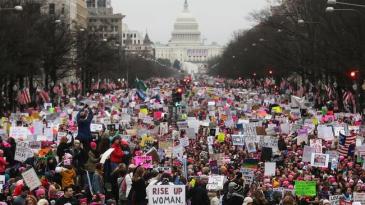 And many marched for reproductive freedom – the issue that represents the key lynch pin to every political discussion in this nation. People will vote against their own self-interest when it comes to taxes, jobs, immigration, schools, the environment, even national security. But the one issue on which most voters will not compromise is abortion. Any candidate claiming to be “pro-life” running against another candidate labeled as “pro-choice” can count on thousands of committed votes regardless of any other political stand they take.

The majority of white American women just voted for a President who believes women are property to be mauled, who mocks the disabled, who opposes living wages, and who casually banters about nuclear war. But, he claimed to be pro-life, and he now sits in the White House.

“Pro-Choice” is a myth

In my experience, women who support reproductive freedom do not simply support abortion on demand. In fact, many would like to see the need for elective abortions reduced to zero. However, our laws and social systems remain heavily anti-woman. Abuse of women remains at shockingly high levels. The objectification of women in the media trains girls and boys from an early age that striving toward an unachievable norm of beauty defines a woman’s worth. The continued acceptance of our rape culture leaves women living in constant, daily fear of discrimination, molestation, assault, and worse.

American men take little responsibility for sexual relations. We routinely expect women to control the use of contraception and yet men often overrule women to suit their desire for sexual gratification. Birth control is expensive, hard to access, and has many side effects. We label men who bed many women as virile and desirable role models. We label sexually active women as promiscuous sluts and whores unworthy of marriage and motherhood. 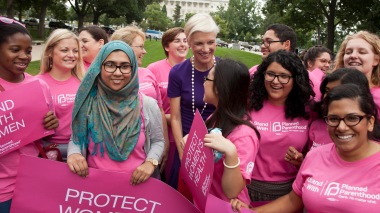 Even when women take every possible precaution, this pernicious double standard too often produces pregnancies where the men bail out and leave the woman alone to bear a life-long responsibility with little if any support. The legal system does little to hold men accountable as equal partners in procreation, but hurdles mountains to control a woman’s body and medical choices.

Pro-choice does not equate to pro-abortion. Many women – and I believe most women – see abortion as a tragic last step necessary only because our country lacks proper education and affordable access to birth control. Most women accept the necessity of abortion only because our commitment as a nation to the rights of men over the dignity and worth of women leaves women without viable alternatives.

In a perfect world, elective abortions would disappear because the circumstances that lead to unwanted pregnancies would not exist. What would this world look like?

So, “pro-choice” does not mean pro-elective abortion at will. Pro-choice means supporting a society with reproductive justice – the human right to maintain personal bodily autonomy, have children, not have children, and parent the children we have in safe and sustainable communities.

“Pro-Life” is a myth 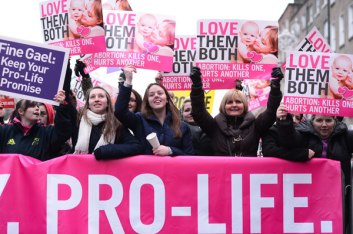 For years, Congressman John Moolenaar has staunchly defended what he calls the “sanctity of life.” This week, Harvard researchers revealed that the repeal of the Affordable Care Act without a replacement program will result in 44,000 unnecessary deaths each year. It is irrefutable fact that more than 20 million Americans will lose their health insurance if Republicans repeal and do not replace the ACA, an action Moolenaar voted to approve.

Can a person legitimately call themselves pro-life if they only apply their moral standards of sanctity of life to fetuses? No. In fact, voting to repeal the ACA without a replacement represents an “anti-life” action. Other anti-life attitudes include:

If these apply to you, then stop calling yourself pro-life. You are not pro-life – you are pro-birth and anti-woman.

The seeds of America spread wide through the soil of injustice and tyranny. Our ancestors fought for a host of freedoms and civil rights. They proclaimed those rights publicly in documents central to our national core. For the Founders, being American meant supporting the full American agenda, a social system unmatched in history.

Make no mistake; Donald Trump is unfit to serve as President of the United States. If you voted for him because Hillary Clinton supports a woman’s right to choose, then you have contributed to the possible decline of our nation and our way of life. I understand your feelings about the unborn. Most people do. But electing a President already committed to destroying our environment, eliminating key safety net programs for the poor, taking health care away from millions, and dismantling industry regulations is an act of social suicide.

If you marched last Saturday, I implore you to reach out to those who oppose abortion. Engage in dialogue with them on the realities of conception, fertilization, fetal anomalies, and religious belief. Help those seeking to defend the rights of the unborn understand that you agree with their cause as part of a larger package of social programs that defend the right of all persons to life. 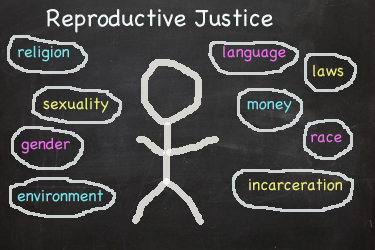 If you opposed the march last Saturday, I implore you to look at the broad picture of what it means to be an American citizen. Standing up for the rights of those who cannot defend themselves is courageous, noble work. But the defenseless include not only fetuses, but refugees, children of undocumented parents, innocent people dead due to excessive police violence, and victims of institutionalized racism, gender bias, homophobia, and other forms of bigotry.

Whether you consider yourself pro-choice or pro-life, you are an American. Our American principles demand of us a high standard of citizen participation. We are called to resist authoritarian rule and defend the civil rights of all. We are called to expose acts of foreign agents seeking to undermine our most precious liberties. We are called to hold our elected officials accountable when they lie, obstruct the search for truth, hide pertinent information, and behave in foolish and reckless ways.

Resist those who would divide and conquer us. Refute the false dichotomy of pro-life/pro-choice. Replace stereotypes and unfounded generalizations with facts and grounded beliefs acceptable to all. Let us unite as Americans, agreeing to disagree when needed, but in solidarity regarding the values of life, liberty, and the pursuit of happiness.