There is in the land today a sense of restlessness. Women across the nation have arisen. They march in celebration of diversity and civil rights. They call and write elected officials advocating for compassion and reason. We have entered an era in which women will no longer accept the patronizing platitudes of men who preach smaller government, but use their power to promote misogyny, racism, homophobia, ablism, and xenophobia.

Young and old, those with years of activist experience and those who have never marched before, are sharing their feelings and joining in a glorious sisterhood of resistance. The movement grows with each new harm inflicted on the American people, with each new lie from Washington, with each patriarchal tantrum from our child President. For men, the time has come to join our mothers, sjsters, and daughters and help them foment a long overdue change in this country. 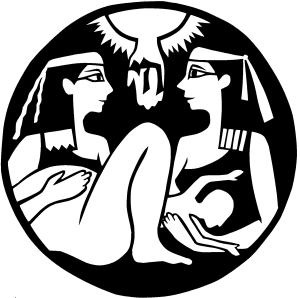 Women have resisted the tyranny of men before. The Book of Exodus tells the story of two women defying the will of mighty Pharoah. The growing population of Jewish slaves in Egypt worried the ruler, so he called Shiphrah and Puah – midwives to the Hebrews – before him. He warned them that they must kill any newborn Hebrew boy at birth. He explained to them how they must do this horrible act and sent them forth to implement his demand.

But the women persisted in delivering every Hebrew child safely. One of the babies saved by these midwives was Moses, who would eventually lead the people from their cruel bondage.

Shiphrah and Puah were summoned once again before Pharoah. He demanded to know why boys were still being born to the Jews. Standing before this man who held their lives in his hands, they told him that the Jewish women were more vigorous than Egyptian women. They even used Pharaoh’s own bigotry against him, comparing the Hebrew slaves to the beasts of the field who gave birth without assistance. Their ruse worked, and the midwives saved a generation of Jewish boys from execution by a paranoid tyrant.

The Bible cites few women by name. But the Torah proclaims the identities of these women who defied a king and saved a people. Whatever your religious belief, this story inspires action, resistance to those who would oppress others, and opposition to those who use fear and intimidation to justify ignorance and injustice.

Last week, men warned Senator Elizabeth Warren to stop speaking. They explained the consequences if she continued to share the thoughts of one of our most highly-regarded civil rights leaders. And she persisted until these men silenced her. They submitted to the will of a Pharoah and abrogated their responsibility to the American people to confirm qualified and competent individuals to high positions.

Men, the time of male rule in the United States draws to a close. The kakistocracy of Donald Trump will signal an era of women leaders that will fundamentally change the demeanor and spirit of our nation. I for one welcome such a change. Groups like WOMAN (Women of Michigan Action Network) are quickly changing the landscape of participation in the political process. We can join with them as allies, or be brushed aside into the ash pile of historical irrelevance.