In a few weeks, I hope to begin officiating weddings for all couples here in Mid-Michigan. When (not if) the U.S. Supreme Court rules Michigan’s ban on same-sex marriage unconstitutional, I will be running to the Midland County Courthouse to greet happy couples. Nothing would make me more jubilant that to be bombarded with requests to preside over glorious ceremonies of love and life. 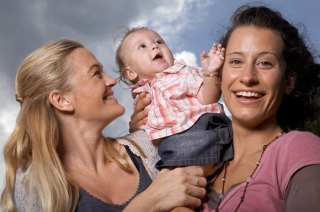 As we have seen in dozens of other states, the earth will not stop revolving on its axis; the “traditional” family will not crumble; and people will not want to start marrying their dogs. All that will happen is that thousands of loving couples will finally have the rights and privileges that heterosexual couples take for granted.
These rights are not some dreaded “gay agenda.” In fact, when people learn about the injustices faced by gay and lesbian couples, they often wonder what took so long to break down these irrational barriers.
For instance:
These are just a small sampling of thousands of federal, state and local barriers faced by same-sex couples. Any reasonable person can look at these and see that denying these people the same rights and privileges of heterosexual couples is not only wrong, it is immoral.
In time, these injustices will not only go away, but we will wonder why we ever enforced them at all.